The table above uses British ladies' shoe sizes as its base and gives conversions to other sizes that are correct for the top of the size, so if you are only just into a size you may need the size below that given here.

The table above uses British shoe sizes as its base and gives conversions to other sizes that are correct for the top of the size, so if you are only just into a size you may need the size below that given here.

British men's shoe sizes are based on a fixed scale originating from the middle ages.

The table above uses British children's shoe sizes as its base and gives conversions to other sizes that are correct for the top of the size, so if you are only just into a size you may need the size below that given here. 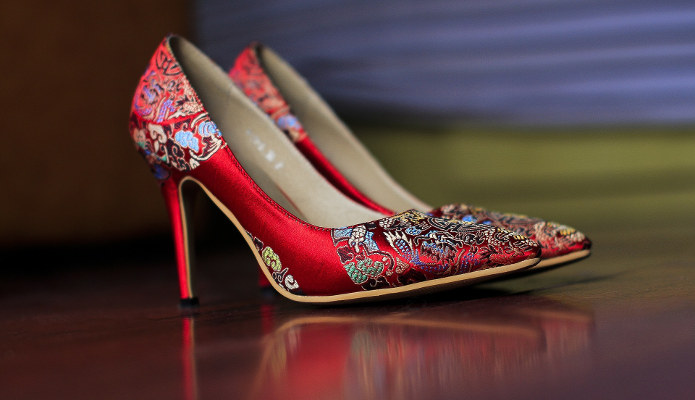 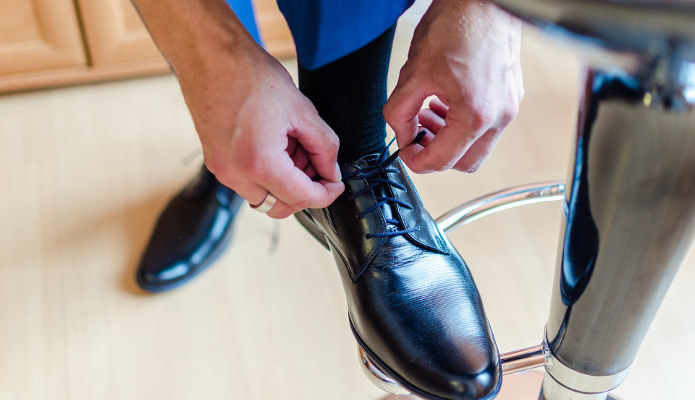 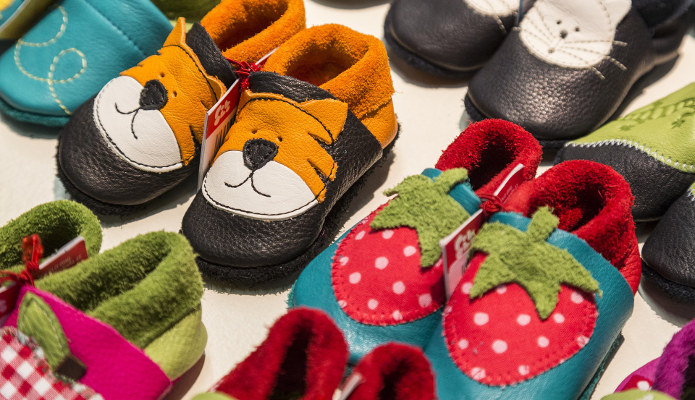 The British shoe sizing system was created by Edward II in 1324 and that sizing system is still used to manufacture footwear for the UK. The King's system is based on the size of a barleycorn.

The Romans had used the barleycorn as a measurement for years, so the King agreed that that system made perfect sense. Each barleycorn measures 1/3 of an inch and 36 barleycorns placed end to end was the size of Edward's foot, his shoe size was labeled 12. Smaller sizes were graded down by 1/3 of an inch and marked accordingly. Half sizes of 1/6 of an inch are also used. For larger feet sizes the size scale has been extended beyond 12. The average UK size today is a 9; ten years ago it was an 8.

The British shoe sizing system starts at 0 and then it increases 1/3 of an inch for whole sizes and 1/6 of an inch for half sizes. So if a child's shoe size is 1 that equals one hand and one corn. A hand equates to 4 inches, which is still used to measure horses. Children's sizes will continue to increase by 1/3 of an inch until size 13 and then the next size would be an adult men's size 1.

In the British sizing system, a size is considered to be 1/3 of an inch larger than the actual foot size. The width measurement also affects the fit of different shoe sizes. The British system includes an F fitting which is the standard width of a foot. A narrow size in width can be marked E, EX or E+, which is halfway between an E and an F fitting. A wide width is marked G, H, GX, FX or F+, which is halfway between a wide G and an F fitting. The H is extra wide and the G comes after an F in width, which is just considered wide. The GX fitting is an extra wide size, which is between a G and the extra wide H size.

When the Goodyear Welting machine was introduced in Britain in 1871, British shoemaking and shoe sizing were transformed. The Goodyear Welt machine stitches the sole to the shoe, which makes shoes easy to repair, more durable and much more flexible than their hand stitched predecessors. Shoe lasts, which are the templates that give shoes their shape had to be adjusted in order for the British sizes to fit properly, so the old barleycorn system has gone through several adjustments due to the fact that shoes are manufactured using different constructions. Different shoe manufacturers use different last measurements to produce a size run of shoes, so shoes marked with same size may not fit the same.

The current British standard for shoe sizes is ISO 9407 "Shoe sizes -- Mondopoint system of sizing and marking", however it is very rare to find mondopoint sizes on everyday shoes in Britain.